June 28, 2017
Rise of the Digital Matrix
Rodney Wong tweeted, “Its horrifying out here but necessary to show solidarity,” as he scrambled for cover following teargas shells fired by the Hong Kong Police in September 2014. 12 tweets were being posted every second as images of protesters with plastic sheets covering their heads for protection against pepper sprays, went viral on the internet. A hundred thousand students, academics and office workers swarmed the streets in the Occupy Central protests against election reforms proposed by the Chinese government. The protests were no longer a Hong Kong story unconnected from the rest of the world. They were global news enlisting reinforcements from millions of people across the globe. Social media blatantly demonstrated its ability to arouse support for a cause, by getting people on the streets and through pressures on local authorities by foreign governments and civil society.
Data compiled by digital aggregators e-Marketer and Statista, suggests that there were 2.1 billion social networking users in the world in 2015, more than twice the number that existed five years ago. These are comprised by Instagram, Twitter, Google+, LinkedIn but mainly the 1.7 billion Facebook accounts. India alone has 195 million on Facebook, the highest in the world, 28 million LinkedIn accounts, 15 million on Twitter and 6 million Instagram users. With the country’s internet-enabled population set to touch 500 million shortly, social media marketing is justifiably a strategic imperative in the marketing plans of businesses across the board.
Some years ago, social media marketing was limited to the creation of Facebook pages for product brands, basically to get consumers to talk about and recommend them to others without resorting to explicit advertising. Coke, for instance, acquired 97 million ‘fans’ on Facebook, while Red Bull, Nike and Oreo have around 45 million each. However, as this paper will explain, digital marketing has now evolved into a refined discipline involving multiple social networks and varying messages targeting not just customers but employees too.
Much more than just advertising 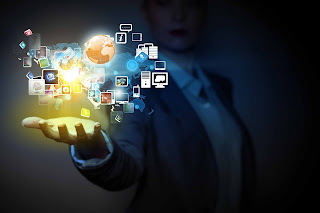