The way forward on GST 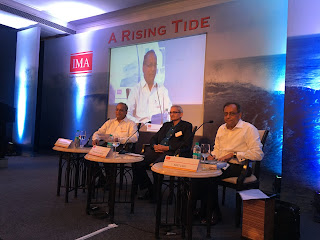 IMA’s recently concluded CEO Strategy Roundtable in Goa received insightful perspectives on the Goods and Services Tax (GST) from Chandramowli Srinivasan, Finance Director of SKF and S Subramaniam, CFO of Titan. Unlike presentations with lots of charts, containing arrows and circles that are frequently hard to grapple with, our panellists shared their points of view without visual aids in the simplest possible terms. They looked at challenges ahead and how the GST story was likely to unfold. At the very basic level, GST would subsume lots of indirect taxes thereby making life simpler specifically for the manufacturing sector. However, it is still a policy in the making with new notifications from tax authorities popping up from time to time. This clearly complicates ERP systems used by companies to administer their accounting processes, with new patches being offered by service providers every few days. In a way, everybody seems to be learning on the job.
The objective
The way I see it, GST has two broad objectives. First, its intent is to make things easier for industry, although in the short term whether this will happen is debatable. The second, and perhaps more significant, is that it should widen the tax net. A number of smaller businesses, specifically those defined as the ‘informal sector’ have enjoyed a tax arbitrage and this is no longer likely to remain so. Small suppliers to large companies will be unable to remain in business unless they are fully compliant and can provide input tax credit to their customers. It is now increasingly obvious that the Government, keenly aware that GST was bound to happen, took the controversial step in November 2016 of scrapping 86% of the currency in circulation. That would have encouraged small businesses to transcend into the formal economy. GST would now compel them to do so. 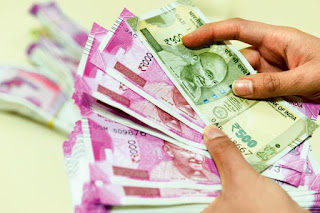 Everybody agrees that while GST has been a commendable effort, it is not really the big bang reform that might have been possible. In an ideal world, there should have been one indirect tax at one rate instead of the complications of central, state and integrated taxes that the current policy regime comes with. However, GST needed a consensus from 28 states and 7 Union Territories with their own agendas and insecurities. Getting everyone to agree on a common denominator may have been from any benchmark a painfully demanding task, inevitably necessitating compromises. Optimists suggest that in the fullness of time when the current structure has stabilised, a Government of the future may choose to move in that direction. But for now there are six tax slabs, which whilst not ideal seek to allocate products at the very rates that were previously charged. The aim would surely have been to create tax neutrality with the overriding objective of keeping inflation under check. Worryingly, the experience of most countries that went through the trauma of GST implementation was high inflation. This is something that the Government would wish to avoid at all costs as nothing can be more damaging politically than price instability.
Suppliers and registrations
One challenge for companies is in the realm of supplier engagement. Input tax credit can only be accounted for when suppliers comply and upload their tax returns properly. If they don’t file returns, customers cannot get the benefit. It seems therefore that the Government has outsourced tax compliance. A second complication of the GST structure is the requirement for multiple registrations. These become relevant when the ‘place of supply’ is different from the location of the customer or the vendor, which is often the case.
Pricing dilemmas
Another consideration that has been distressing CFOs is the anti-profiteering clause where a complaint from almost anyone can trigger investigations and subsequent prosecution. Some of the uncertainty stems from the fact that pricing strategies used by multi-product companies are such that one product often subsidises another. Under the new regime, if one product benefits by way of lower tax incidence the company would normally be required to reduce its price. Maintaining a higher or even a constant price in order to cross subsidise another might then require formal justification and extensive documentation. The same problem would apply to companies that follow ‘lumpy’ or psychological pricing where it is not always feasible to pass on marginal changes in cost. A common example might be a Rs 10 chewing gum which a retailer can hardly expect to sell at Rs 9.85. There isn’t clarity yet on how to make these decisions compliant, but some experts suggest the Government will take a lenient view. They can hardly afford to botch up on a small issue where the impact in not considered material. By and large, however, the consensus seems to be that businesses will avoid price hikes for at least six months to avoid scrutiny. There have been complaints from the markets that dealers have refused to carry stock in order to avoid losses. Some companies have consequently provided guarantees for compensation in order for business churn to continue.
Previous fiscal sops
Finally, there are misgivings about grandfathering clauses in the absence of clarity on exemptions. Certain states such as Uttarakhand, Himachal Pradesh and those in the North East have provided fiscal sops and no one really knows whether these would be honoured. Most believe that the central Government will cough up its portion – 58% in most cases – but state Governments are unlikely to follow. Frankly, with stretched balance sheets, the states really don’t have the resources anyway. In the final count, GST is a consumption-based tax and consequently manufacturing states will lose. 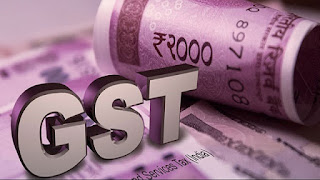 The Government intends to set up an authority to offer advance rulings in order to avoid damages through mis-judgment at a later date. But this is yet to happen, leaving companies in a dilemma as to how they should handle grey areas. The next three months are crucial for they will determine whether the GST portal and the backbone infrastructure can cope. We should get a better feel by September end. The GST Network requires an application protocol interface where 35 entities have been given access. If they function efficiently then reconciliation becomes easy. Getting the IT backbone right is therefore critical. GST is a brave move and comes with as much political risk as the demonetisation of currency notes. There is a lot that can go wrong affecting industry, new investment, tax collections and economic growth. If it has to work the Government needs to persuade and empower assessees rather than subjugate. Had it been a simpler tax, the risks would have proportionately lessened. But the government must surely know this.