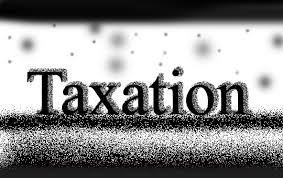 On a certain date each year in October, just past the midnight hour, the Government of the Kingdom of Norway posts online the annual tax returns of all its citizens. The list contains every taxpayer’s total income and the tax paid. Any Norwegian can discover at the click of a button, how he compares with his neighbour, with the yes-man who plods away across the aisle at the office or indeed the local politician who rants about a more equitable society. Sweden and Finland have a similar arrangement and, as on dozens of other counts, the three Nordic States stand apart from the rest of the world. Dodgers can duck the taxman but not public scrutiny, or so the logic goes.
Scandinavian societies have historically been compliant and transparent. They are also amongst the most egalitarian in the world with levels of decency that are the envy of other cultures. Tax data in these countries has actually been public since the 1800s, when the levy was applied at a municipal level. The legend is that tax officials in those days did not have the time nor resources to verify all returns so they left the task to neighbourly inquisitiveness. Whatever the reason, what really changed everything is when the information became available online in the 2000s and therefore, more easily accessible. All countries witnessed a surge in enquiries and according to data from Google Trends, during the early days of this offering, people searched each other’s incomes more than videos on YouTube. This was followed by a spate of letters to the tax authorities by disgruntled employees, envious neighbours and rabid activists, complaining about under-reporting. Soon stories emerged of online tax records being used to shame low-wage workers and bully children from low-income households. The rich began to worry that criminals would be better able to target them and teenagers were alarmed that previous friendships would be tainted by an economic brush.
Unable to cope with what was becoming a social menace, each country introduced rules to curb idle enquiries. Finland introduced minimum income thresholds below which data would not be released and began levying a fee for every enquiry. Sweden introduced the rule that only those with a legitimate need to know someone else’s income would have access to it. Norway removed anonymity in the search process – meaning that anyone (other than the media) looking up another’s income data would have to reveal his identity with consequential social implications. These measures brought down the number of searches by 88%, proving just how many enquiries were undertaken frivolously.

As for curbing evasion, a 2015 study found that the online availability of tax data led to a mere 2.7% increase in reported income among business owners in Norway. One might argue that this is reasonable for a society that was already very compliant. Finally, another study discovered that the ‘happiness gap’ between the rich and the poor widened by 29% while the ‘life satisfaction gap’ increased by 21%, mainly because the poor learnt that they were actually poorer than they thought. Clearly, making tax data public had a minimal positive impact on evasion but a significant negative one socially. Yet, the tradition continues. For these countries, the motivation to make tax returns public really stems from the Scandinavian custom of jantelag, which translates roughly into ‘nobody is better than anyone else’. It is therefore more of an ideological measure than a practical one. But what about other countries?
In 2008, Italy tried it when the outgoing government of prime minister Romano Prodi posted taxpayers' incomes on the Internet but it was hastily removed after a public outcry and the experiment scraped. In 2014, Pakistan did it and the practice continues till the present day. However, there is no verifiable information on whether it has been effective in curbing tax evasion. In that feudal society most wealthy people, specifically the landed classes simply don’t bother paying taxes anyway. 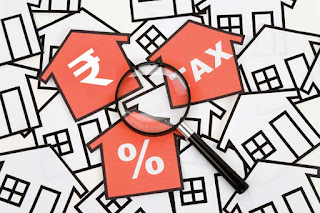 The obvious question is whether there are lessons from these experiences for India. Whilst India amongst developing countries is better governed and perhaps more tax compliant, it is nowhere close to Scandinavia – whether viewed from the perspective of taxpayers or that of the tax administration. Would such an experiment still be worth considering – and if so, in what shape or form? If egalitarian and transparent societies of Scandinavia found the social drawbacks of public income tax data a nuisance, one can reasonably conclude that India would find it worse. It has far greater socio-economic disparities to begin with and may not want to introduce a phenomenon that could drive the wedge deeper. But it does suffer from higher tax evasion and therefore has a greater need for such a measure. The Government’s initiatives starting with the scrapping of high value currency notes and the subsequent implementation of Goods and Services Tax were ultimately to raise taxes and ensure compliance. The suspicion is that lots of rich people do not pay their fair share and perhaps one way to bring them into the tax fold would be to open up tax returns for public scrutiny. In a previous paper we had argued that the taxed portion of India’s Gross Domestic Product was shockingly inadequate. As it happens only 24% of GDP is taxed with many exemptions for specific constituencies doled out over the years. Obviously, this too needs to be fixed.
Be that as it may, at least those that should and can afford to pay taxes must do so and one way, whilst radical in nature, is to borrow from the Scandinavian experience. Clearly, there has to be some application of mind on the creation of checks and balances but the principle of more transparency resulting in greater compliance simply cannot be argued with.