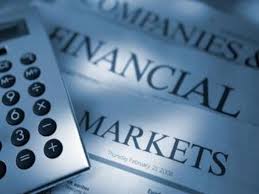 A lacklustre performance of the economy in the April-June quarter created a sense of unease amongst industry watchers. More recently, the media was abuzz with news about the Government’s intent to pump prime the economy with a spending binge in the hope that private capital would follow. Quite expectedly the markets panicked on the premise that the treasury would exceed its fiscal targets. Equities fell 2.5%, bond yields spiked 10 basis points and the Rupee dropped by about 1% to 64.8 to the dollar. Subsequently, the Finance Minister took pains to clarify that Government incentives would take a form where targets on deficits would remain sacrosanct.
The fact is that private investment has been feeble and consumption remains the main driver to economic growth. The Government has been pressing ahead with infrastructure projects but clearly on their own they lack the ability to drive economic output. At the time of writing this note it was not particularly clear as to what form the Government’s intervention was likely to take. There is talk about subsidised loans for small industry, sops to exporters, higher funding for infrastructure and even more capital for banks. There is no doubt that going forward, the IMF and other forecasters will revise India’s growth outlook. I suspect growth in this fiscal year will be below 7%.
Another worry is a change in the policy stance by the United States Federal Reserve. The Fed announced on the 20th September its intent to shrink its bloated balance sheet through redemptions of bond purchases previously made. As a matter of interest, in September 2008, at the time when Lehman Brothers went belly up, the Federal Reserve’s asset book was a little under USD 1 trillion. By 2015, this figure had touched USD 4.5 trillion. The Fed has made clear that it will not dump bonds in the market, which might result in an evaporation of liquidity and a spike in bond yields. It will simply allow its bond holdings to mature in their natural course, at the same time refraining from making new purchases. This will play out over a period of 5-6 years and therefore not create unnerving ruffles in the near term. What the Fed does not want to do is create a panic in the markets, such as the taper tantrum had done a few years ago, which neither advanced economies nor emerging markets can afford at this time.
Be that as it may, a shift in the Fed’s policy stance will come with consequences and the most glaring amongst them would be the reversal of the dollar carry trade affecting, specifically, emerging markets including India. Liquidity going forward may therefore begin to tighten amongst capital starved economies. Fortunately for India, both equity and bond markets are no longer at the mercy of foreign institutional investors (FIIs). As I explained at a recent briefing at IMA’s CFO Strategy Roundtable, an important outcome of the demonetisation exercise has been the shift in investor preferences from fixed assets such as real estate to fungible ones such as the equity and debt markets. As a result, domestic mutual funds now account for a larger share of investments. For instance, during the period April-July 2017, mutual funds invested Rs 415 billion in the equity market against Rs 188 billion by FIIs.
Going forward financial markets will remain jittery and certainly volatile. As a combination of domestic developments and the actions of the Fed, analysts expect further corrections in the weeks ahead.