As he turned to his direct tax proposals in the Budget speech, Finance Minister Arun Jaitley cited statistics to assert that India is a tax non-compliant society. For instance, he said that only 37 million individuals filed tax returns in 2015-16. Almost 10 million of these claimed to earn less than Rs 2.5 lacs, the minimum taxable threshold of income, and only 7.6 million declared an income above Rs 5 lacs. When compared to the fact that annually over 20 million Indians travel abroad, most of whom probably earn more than Rs 5 lacs, it would seem evident that under-reporting of income is genetically ingrained in the Indian system. While this may appear to be a familiar point, it still does not reveal the true extent of tax evasion. However, a report recently published by the Income Tax Department containing an analysis of tax returns over the years, provides some pointers. The figures are worrying. 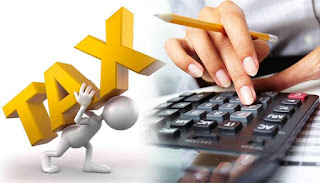 In the assessment year 2014-15, the latest year for which detailed data are available, the total gross income reported by all those who filed tax returns was Rs 26.9 trillion[1]. This amounts to a paltry 23.7% of GDP. Even if one were to apply the simple principle that the poorest 80% of the people earning 20% of the nation’s income should be exempt from taxes, one should justifiably expect the remaining 80% of income to be taxed. Surely the richest 20% can afford to pay. In reality, only 4% of the country earning about a quarter of its income actually does, clearly illustrating the unreasonable distribution of the tax burden across the population. If one further removes the 18% of income that stems from agriculture, even though this amounts to a degree of double counting since the poor have already been eliminated, it still leaves 39% of national income untapped. This is not a problem that can be addressed through voluntary disclosure schemes, as their effectiveness is limited to the periphery of the tax net. A more acute remedy is needed and demonetisation was one such. If it succeeds in bringing a higher quantum of income, and not just more taxpayers, into the tax net, it would be a genuine game changer.
There is, of course, another side to this picture: the revenue service. When a nation’s tax administration is transparent, fair and taxpayer friendly, it encourages compliance and reduces disputes. The report provides somewhat unflattering evidence in this regard. To begin with, the pendency of assessments has been increasing at an alarming rate. Against 31.7 million assessment cases in 2014-15, the income tax department was able to dispose of only 21.6 million, a bleak disposal rate of 68%. The ratio has worsened since the early 2000s when it was almost 80%. As a result, the backlog of pending assessments is increasing by an unwieldy 10 million cases a year. This causes delays and creates scope for harassment. The department’s record on refunds is not praiseworthy either. Although detailed interpretations notes are not provided with the data, it would seem that in 2015-16 the amount of money refunded to taxpayers, i.e. the difference between gross tax collection and that net of refunds, was 16.5%. Basically, taxpayers are perennially overpaying their taxes by about a sixth. Although this is an improvement over the levels of 25-26% that prevailed in the early 2000s, it has deteriorated since the late 2000s when it had fallen to 11-12%. Strikingly, the report does not provide data on the timeliness of refunds nor on the number of disputes that arise between taxpayers and the administration. The only favourable finding is that the expenditure on tax collection has fallen  from 1.36% of collections in the early 2000s to about 0.6% in 2015-16. It has been steady at this level for almost a decade suggesting that this is perhaps as low as it will go.
One simple metric to gauge the effectiveness of the revenue service and the tax regime is the tax buoyancy factor – the ratio of growth in tax collections to growth in GDP. In a country that should be experiencing an expansion of its tax base year on year, revenues should grow faster than GDP i.e. the tax buoyancy factor should be well above 1. This is because tax collections include the effects of both existing taxpayers earning higher incomes as well as new taxpayers being added to the base. From 2000 to 2008, India’s buoyancy was actually averaging more than 2. It then plunged well below 1 during the years of fiscal recklessness under UPA II before recovering to just above 1 in 2012-13 and 2013-14. Since then it has fallen again and as of 2015-16 stood at 0.8. 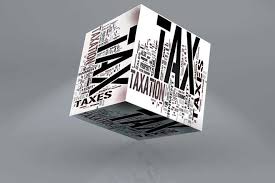 Ultimately, if India has to mobilise the resources it needs for its development, it has to ensure that this ratio remains consistently above 1. To do this, a serious effort to reform the tax administration needs to be carried out together with a well thought-out strategy to target the large segment of GDP that remains untaxed. The former entails measures such as imposing greater accountability upon tax officers; making public their record on refunds, disputes and appeals; using scientific and localised methodologies to arrive at tax collection targets; and, clearly, simplifying rules and reducing exemptions. The latter essentially calls for a strong enforcement mechanism based on technology, intelligence, digital trails and automation. Demonetisation and income disclosure schemes are initiatives that fall in this category. However, on the tax administration front, efforts have been sporadic and half-hearted over the years. Surely it is time to change that.

[1] This figure is derived on the basis of tax returns actually filed. Since there are a few million individuals who pay taxes but do not formally file returns the income figure could be higher by a few trillion Rupees.