The Transmission of Interest Rates 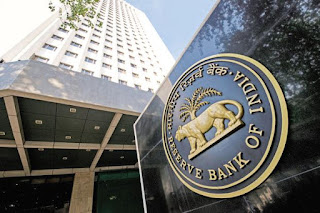 The efficacy of monetary policy is judged by the promptness and extent with which it achieves intended outcomes, such as reducing inflation or increasing economic growth. By changing the policy rate, for instance, a central bank seeks to affect money market rates, which then transmit the policy impulse to the full spectrum of deposit and lending rates in the financial system. This in turn affects consumption, saving and investment decisions and eventually demand and inflation. In India, as in other emerging markets, the interest rate is the most commonly used instrument. However, other ways are also available. These include the credit channel which works by constraining the supply of bank loans; the asset price channel which involves influencing other asset prices like equity and real estate; and finally, the exchange rate channel which influences the relative attractiveness of domestically produced goods vis-à-vis imports for consumers.
Since January 2015 when the current phase of monetary easing commenced, there have been endless debates over the pace and magnitude of rate cuts carried out by the Reserve Bank. For instance, during the 16-month period from January 2015 and April 2016, the RBI effected a cumulative reduction of 150 bps in the repo rate. Over the next 16 months, it cut rates by only 50 basis points more despite the fact that inflation dropped substantially while investment remained sluggish. As we have pointed out in our briefings to clients, one reason for its caution was the fact that US dollar interest rates were rising, creating a risk of capital outflows and rupee depreciation in the event of narrowing rate differentials between India and America. A second reason perhaps is the fact that the central bank remains unconvinced that inflationary risks have fully subsided. But a third and more structural one is the inefficiency of the domestic monetary transmission system.
In simple terms, this means that the cuts effected so far in the headline policy rate have not led to proportionate declines in final lending and deposit rates across the financial system. Until that happens, the central bank can neither assess the efficacy of earlier actions nor gauge the extent of further rate cuts required. For instance, in response to the 150 bps reduction in the repo rate during the first phase of easing between January 2015 and April 2016, the median deposit rates of banks declined by only 92 basis points while their base lending rate declined by a mere 60 bps. In terms of the weighted average lending rate (WALR), there was a reduction of 100 bps in fresh rupee loans but only 65 bps on outstanding rupee loans, which comprise the majority of the total stock of loans. In terms of industry segments, the highest extent of transmission has occurred in the trade segment of Services where lending rates declined by 110 bps and rupee export credit whose rates fell by 99 bps. On the other hand, agriculture and home loans have seen the least transmission, with average declines of only 16 and 26 bps in lending rates (see table).
The factors that constrain the transmission of monetary impulses constitute an entire subject by itself. Briefly, however, these stem from two broad areas. The more important of these is fiscal dominance. In order to fund the central Government’s fiscal deficit, the RBI issues securities in the open market. However, it uses SLR regulations to compel banks to subscribe to such securities and effectively supresses artificially the cost of borrowings for the Government. Further, it uses its open market operations (OMO), which are technically meant to manage liquidity, to also manage yields on Government securities when large borrowing rounds are about to be undertaken. Under OMO, the central bank buys and sells securities in the secondary market with the aim of injecting or absorbing liquidity in the banking system. However, it cleverly uses this route to bring down yields ahead of large new bond issuances. It does this by buying securities thereby raising bond prices and depressing yields. The net effect of these actions is to dampen the transmission of monetary impulses across the term structure. Additionally, extraneous fiscal decisions such as maintaining fixed or near-fixed interest rates on small savings schemes, offering interest rate subventions on agricultural or other loans, loan waivers, etc also erode the effect of policy rate actions.
The second factor is the presence of a large informal financial sector. Large sections of households and small businesses borrow from moneylenders and other non-institutional sources. These typically charge rates of 18-36% per annum, multiples of the cost of formal bank borrowings. These rates are understandably far less responsive to policy rate changes than those charged by banks. Moreover, incremental changes in these rates, in any event, constitute only a small fraction of the total borrowing cost, rendering the impulse ineffective.
In all these areas, efforts have been made to improve monetary transmission. However, many decisions are not within the purview of the central bank and require the cooperation of the Government. A committee has been tasked with the job of identifying the required interventions and is expected to submit its report in September 2017. One might hope that a cohesive strategy to implement the measures would then be drawn up. If that were to happen, it would make India’s monetary architecture more responsive. Consequently, monetary policy would become more effective and predictable.