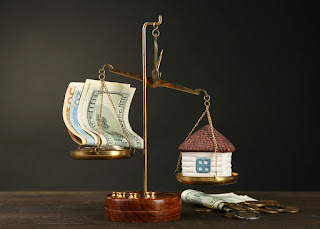 Over the course of the last few years American equities, reflected in the value of the Dow 30 index, have spiked and some would argue, beyond reason. So has the more representative S&P 500, together with bonds and property. A quick scan of the PE ratios of the S&P 500 index since 1926 reveals 10 instances when sceptics may have had cause for concern that a bubble was forming. The most significant amongst these were the crash of 1929, the dotcom bust of 2001 and finally, the collapse that followed the global financial crisis of 2008. The cyclically adjusted price-earning ratio of US equities now stands at 30, which is irrational from many benchmarks. The only time it was higher, was just prior to the GFC. 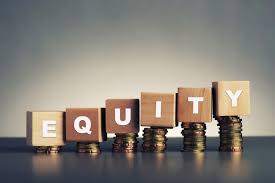 When markets enter a bull phase everything, including stocks, bonds and homes, rises in value. This is often the result of a herd mentality, one that fails to comprehend risk and hence not price it correctly. In this instance, asset prices ballooned because of very low long term interest rates, driven largely as an outcome of pump priming by central banks across the world. US equities rose this year by about 15%. Market exuberance has spread across Europe and several emerging markets.
Bonds too have seen their share of thrill, reflecting in the narrowing of credit spreads. This is the difference between yields on rated corporate bonds and sovereign paper. For instance, credit spreads buckled from 2.2% in 2016 to just about 1% now. Amusingly, even the spreads on junk bonds have dropped to around 3%. Property values have jumped, most evidently reflected in higher prices relative to rents. Effectively therefore, yields on real estate investments are declining thus signalling a possible emergence of a bubble.
Falling cost of capital 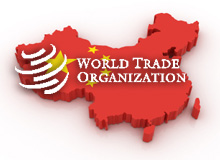 The fact is long-term interest rates have been shrinking since the 1980s with yields on 10-year paper presently at around 2%. There are several reasons that could explain this. First, there is a rise in savings largely on account of an ageing population in advanced economies. The baby boomer generation, that constitutes a large section of the population in advanced economies, have been setting aside more money for retirement. Perhaps China’s integration into the world economy, with its massive savings rate, is another contributor. Second, the demand for investment and therefore the need for capital has gradually waned. Following China’s membership to the World Trade Organisation and its entry in the global trading system, the cost of capital goods has steadily fallen. Perhaps, more importantly, Western economies no longer produce the tangible goods of the sort that they used to a few decades ago. Their growth is now based on productivity rises through innovation. Finally, central banks, more aggressively in the wake of the global financial crisis, have kept short-term interest rates very low through the purchase of bonds. In fact, the sum total of those bought by the United States Federal Reserve, the European Central Bank and the Bank of Japan are in the region of USD 11 trillion. Consequently, longer-term interest rates have also begun to decline. I would believe that the inflation-neutral rate of interest has dropped by at least 100 basis points in America, Europe and most obviously, in Japan.
Ultimately, this created an abundance of cheap money, which drove investors to assume greater risks. Higher prices of equities and bonds are really a self-influencing upward spiral. For instance, pension funds and insurance companies buy more bonds as prices rise and yields fall.
This spiral could quickly reverse. The trigger might well be the US Fed unwinding its bond positions, a geopolitical conflict for instance in Korea, a stumble in the Chinese economy, etc. In such a scenario, highly leveraged hedge funds will dump their holdings as yields rise, just as they bought them when they fell. Should such a correction happen, it would be rapid and painful.
India story
The asset price story has played out similarly in India. After the global financial crisis of 2008, Indian equities fell by 60% and have since risen by 282%. With price earnings ratios for the Nifty 50 stocks at 24 and mid caps at 35, valuations now appear to be frothing. One reason for the rise over the last two years is the reallocation of capital by Indian households from physical assets such as property into financial ones. They are investing Rs 40 billion each month in the form of systematic investment plans (SIPs). In 2015, this figure was Rs 18 billion. Prices have been rising despite the fact that foreign institutional investors are exiting the Indian market and quite clearly, domestic ownership is replacing foreign in the top 200 stocks. Analysts privately mumble that near term earnings are unlikely to sustain these multiples. In the case of bonds, spreads for emerging markets versus sovereign paper have dropped from over 5% in 2016 to 2.2% now. This is a stretch. 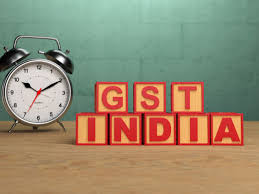 The interest rate cycle has begun to bottom out, with the Reserve Bank unlikely to drop rates further over the coming months. There are worries about food inflation and continuing supply-side bottlenecks. Finally, the full impact of the goods and services tax (GST) is yet to emerge. There are concerns about refunds and complaints by industry that the system is not functioning at par. The fact is 80% of Indian industry has been in what is described as the informal sector. This consists primarily of small businesses with a few employees that work with low costs and frequently, on a tax arbitrage. Eventually, the impact on future growth will be consequent on the ability of these businesses to integrate themselves, through GST, into the formal economy. Clearly, some will be unable to survive but others will grow and prosper. It will be at least two years before a final verdict on this issue is possible. In the meantime, the economy and markets will be on tenterhooks.