CHINA : Rise of the Dragon 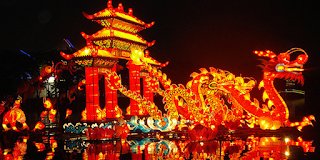 Chinese President Xi Jinping’s dream of the Great Rise of the Chinese Nation has been interpreted to contain several facets. First, is the purge of corruption known to have plagued and impaired the Chinese State. Consequently, tens of thousands of civil servants, party officials and army officers have been charged and jailed for crimes against the nation. The credibility of the communist party, specifically in the context of a single party state, hinges on the perception that its administration is fair. The second aspect is an increased assertiveness across its borders, but particularly within the Asian region, which China believes is well within its backyard. The tensions in the South and East China Seas are a reflection of the new paradigm. The third is economic growth, which China considers essential to keep urban middle-classes gratified, critical in an authoritarian state where elections cannot replace the party in power. It is for this reason that it consistently pump-primes its economy to ensure that growth does not fall below 6.5%, even at the risk of serious indebtedness. Debt as a proportion of national output now exceeds 300%. 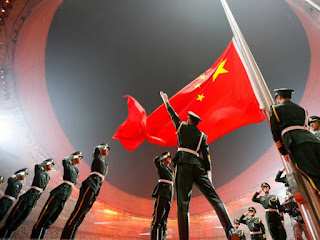 This policy comes with risk for China, but also holds far-reaching implications for the rest of the world. For instance an economic stumble will shock the world’s financial architecture, as China is now the second largest economy and the largest trading nation. Capital and trade flows will waver, taking many countries into worrying levels of recession. China’s claims on the South and East China seas brings it directly into maritime disputes with several countries, including Vietnam, the Philippines and Japan but also influences sea routes affecting the bulk of Asean members. Its land border disputes with India, culminating most recently in a stand off on the Doklam plateau, are another indication of its new found aggressiveness. Whilst the matter may appear to have been set aside for the moment, it is by no means settled and such instances analysts believe will come up again and again, keeping India on its toes.
Mr Xi believes, perhaps with some faint degree of justification, that the time has come for China to occupy its rightful place within the international community of nations and revert to its ancient status as the Middle Kingdom to which all roads, so to speak, ultimately led. During the reign of the Han dynasty over 2000 years ago, China extended its trade links under the imperial envoy Zang Qian through regions in Central Asia connecting the east and west. The Silk Road stretched from the Hermit Kingdom – Korea – to the shores of the Mediterranean. It embraced the Indian Subcontinent, Persia, Europe and the Horn of Africa. Its maritime version contained South East Asia, the Indian Peninsula and Somalia. Whilst silk was the primary Chinese export, other goods, religions and philosophies were traded as well.The Silk Road connected the Middle Kingdom, which the Chinese believed was the centre of the world, and its civilisation to far off lands and beyond. It would be reasonable to say that the Han Imperial Household had established global domination through trade and philosophy. Mr Xi seeks to reinforce this ancient world order where nations offer subservience to China and in return enjoy the remunerations of trade with its huge markets. 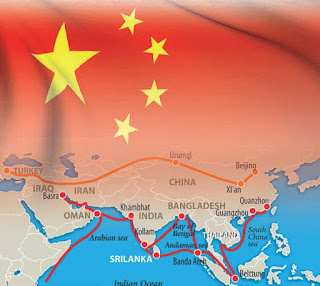 China’s expansionary policies have worrying implications for its immediate and even distant neighbours. For instance, its claims that the South China Sea falls within its territorial purview is based on ancient maps casting aside protests from countries with more legitimate entitlements. The withdrawal of America from the global geo-political scenario, initiated during the Obama administration and reinforced more forcefully by President Donald Trump through his ‘America First’ policy, have created a vacuum in different parts of the world. The rise of the Islamic State is perhaps the most tangible consequence. The fact that China’s assertiveness in South East Asia received only feeble protests from affected countries with very little support from America, has only strengthened its conviction. China believes that the Asian region lies perfectly within its domain and it will continue to stretch the fabric in the absence of a justifiable response. 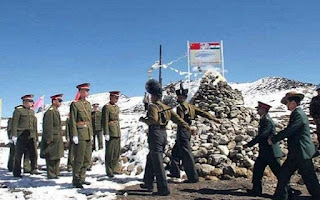 Analysts suspect that the stand-off in Doklam is another example of this strategy. The Chinese Government had not expected that India would take a hard position. It believed this time that the risk of military conflict would have on balance not served its greater interest and hence, grudgingly stepped back to the original status quo. China’s border with India extends for thousands of kilometres from the North East across Uttaranchal, Himachal and Ladakh. Military planners worry that some time at a later date China may choose to create aggression in the northern territories where it may have a tactical advantage. Some even suspect that it will do so at a time when the impact of its actions will bring the maximum humiliation for Indian authorities and its leadership. India’s refusal to participate in the Belt and Road Initiative, allegedly the trigger for the Chinese intrusion in Doklam, has a logical basis. The China Pakistan Economic Corridor (CPEC) passes through vast Indian territories, which Pakistan has illegally occupied. Until recently, China had remained reasonably neutral with respect to India-Pakistan dynamics. But this has now changed with the CPEC, which creates a disturbing complication for military planners affecting the border between India and Pakistan.

Editorials in the official Chinese media have spoken of a number of regressive steps, which the Chinese authorities should consider. These include the revival of north east insurgency; a reversal of their previously agreed position on Sikkim; the launching of a campaign to disrupt India’s strategic ties with Bhutan; and even create disruptions along the Ladakh border at the behest of Pakistan. For now things appear to be more settled but the matter is by no means over. India’s response, particularly after 2014 by the BJP Government, has been to increase defence spending, an area that lacked attention for a ten-year period during the previous Government. It seeks to strengthen its relationship with Japan both through investment and defence technology and realign ties with America, particularly through the procurement of military hardware. 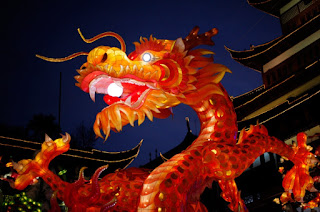 Be that as it may, in the final count, power comes with economic might. China’s economy is five times larger and therefore so is its military capability and international influence. Mr Xi will in the least serve another five-year term as China’s leader and head of its military commission. Some suspect he might even serve longer. His underlying philosophy of the Rise of the Chinese Nation will be unable to accommodate another emerging power in its backyard. India will therefore constantly be nagged and future disruptive skirmishes should therefore come as no surprise. At the end of the day, what India really needs to do is to ensure that its economy grows at 8-9% a year on a sustained basis for at least a decade or longer. A large economy complements a strong and powerful nation.