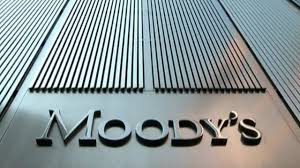 Over the past few months, there has been growing debate on the performance of the Modi administration. Sceptics have argued that things are stumbling and have used events such as the aftermath of demonetisation, GST implementation slippages and more recently, a drop in GDP output, as the basis of their contention. Be that as it may, the fact is India’s structural parameters are presently more robust, substantiated in clear terms by Moody’s recent upgrade. Its local and foreign currency paper is now rated Baa2 from Baa3, placing its economy in the same category as Italy, Spain and the Philippines. Moody’s decision reflects its assessment that structural initiatives of the administration will in the longer term enhance India's growth potential, reduce the government’s debt burden and provide greater stability against macroeconomic shocks. Interestingly, Moody’s last upgrade took place 14 years ago during the Vajpayee era.
Many analysts had expected, some months ago, that ratings agencies might take a more lenient line in the wake of India’s political stability and improving public finances. However, what came in the way were mounting dud loans within a stressed banking system and the absence of a nationwide Goods and Services Tax. Clearly, things now look so much better on all three fronts. Despite temptations of indulgence, the Government stuck unfailingly to deficit targets, reducing them from over 5% of GDP (during the tenure of the previous Congress-led Government) to 3.2%; implemented GST; and most importantly, found a clever solution to restock the strained balance sheets of India’s state-owned banks. Admittedly, GST still faces a set of complex challenges but in the longer term, once these are ironed out, will improve efficiency within industry and generate higher tax revenues for the Government.
Analysts have been mystified by the timing of the move coming as it does on the heels of a dip in GDP growth, stagnating private investment, subdued industrial output and erratic export performance. But the fact is, sovereign ratings are not influenced by the vagaries of cyclical factors but rather the structural robustness of the economic system and its ability to service loans. Admittedly India’s public debt at 68% of GDP is somewhat higher than the median of 44% within the Baa category of nations. Still, its risk is mitigated by the large pool of private savings; long maturities of outstanding Government debt at over 10 years; and perhaps most significantly, the fact that the bulk of it is denominated in Indian Rupees. All of this provides an unusually high degree of shelter from currency volatility as well as economic shocks.
The upgrade comes with handy consequences. To begin with, it will allow foreign investors such as endowment, pension and sovereign funds to invest greater sums in India as their country-wise allocations are governed by rating norms. Second, the cost of international borrowings by Indian companies will come down by another 5-10 basis points. Expectedly, the ratings of corporations such as Indian Oil, NTPC and State Bank of India have automatically been upgraded.
Moody’s decision, in the ultimate analysis, is a reflection of confidence in the fundamentals of India’s economy. In some ways therefore, it is an endorsement of its administration, governance paradigm, economic, fiscal and monetary policies. Whilst short term challenges will continue there is something to cheer about in the long term.