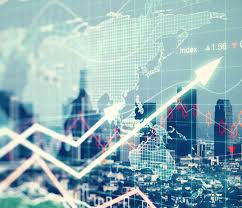 Global bond yields have, over the past few months, started to rise as markets expect inflation to perk up and central banks shift gears towards a more hawkish monetary stance. The United States Federal Reserve, a few months ago, declared its intent to start the process of unwinding its previous bond purchases and therefore shrink liquidity. US bond yields consequently spiked to 2.74%. German treasury bills too have risen from 0.41% to 0.77% over the past twelve months, prodded by comments from Mario Draghi, the head of the European Central Bank, that future bond purchases by the ECB will begin to moderate. All of this is in the backdrop of robust economic growth in America at 2.3% and in the Eurozone at 2.5% last year. Since the global financial crisis, central banks kept credit markets functioning, bailed out banks and provided assurances to wobbly bond markets. Perhaps, the protracted era of bonhomie is coming to an end as the interest rate cycle begins to turn. 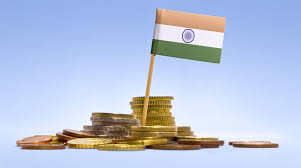 In India too inflation seems to be perking up. 10-year bond yields have jumped by 130 basis points to 7.30% over the past few months. Rising crude prices, additional borrowings by the Government of India and a higher than provisioned fiscal deficit at 3.5% of GDP, have sent markets into a flurry with investors dumping government securities. The budget announced a Minimum Support Price that the government would provide to farmers, at 1.5 times the cost of production. This together with somewhat generous assumptions on GST collections all point to higher fiscal pressures on the government’s balance sheet. Under these set of circumstances, it now seems unlikely that the Reserve Bank of India will have any sort of leeway to reduce interest rates further. On the contrary, a rise of 25-50 basis points before the end of the year now appears more plausible.

In a paper entitled ‘Irrational Exuberance – October 2017’, I argued that global asset prices including stocks, bonds and property, were frothing and a correction was perhaps overdue. In India too, equities had risen by 283% following the collapse that shadowed the global financial crisis. Price earning multipliers of 24 for the Nifty 50 and 35 for mid-caps seemed a stretch, as companies were unlikely to match market expectations on future profits. The recent collapse in Indian equities, triggered allegedly by amendments on the treatment of long term capital gains tax, was really a reflection of inherent weaknesses in the props that supported the financial markets. The bubbles in bonds and equities have consequently begun to deflate.

Be that as it may, the economy is structurally strong. With the proposed recapitalisation of banks and a greater reliance on bond markets, investment is bound to perk up. The increase in entitlements and rural spending will ultimately feed into the consumer markets with rising demand. The government’s own spending programme in infrastructure specifically in roads and the railways will not only generate greater demand but also provide the logistical support for greater economic activity.  If the RBI can get the right balance in its monetary policy stance, the much awaited shift in the economy from a vicious to a virtuous cycle could well be on its way. Clearly, a lot will depend on the global environment and money flows into and out of emerging markets. If growth in America, Europe and China is sustained over the coming years, India will benefit with stronger investment and trade. If on the other hand, global financial markets take a dramatic turn for the worse, persuaded conceivably by triggers that create capital shifts out of emerging markets, then the situation could turn worrying.