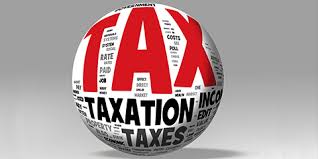 Based on an analysis of financial year 2013-14 statistics from the income tax department we had argued, in a paper titled Taxing Times published in February 2017, that India’s tax base was alarmingly low. The gross total income reported by all those who filed tax returns was Rs 27 trillion, a paltry 23.7% of India’s GDP that year[1]. Basically, three quarters of national income was out of the direct tax net which, even if one excludes farmers and the poor, seemed unreasonable. Further, the tax buoyancy factor – the ratio of growth in tax collections to growth in GDP – had slipped to below 1. This should be considered unacceptable as a developing country should logically be expanding its tax base year on year and collections should grow faster than GDP. This is because tax revenue includes the effects of both existing taxpayers earning higher incomes as well as new taxpayers being added to the base. Recently, statistics for the following year, FY15, were published and they provide evidence that matters are improving.

The tax base is expanding
The gross total income reported by all assessees who filed complete and correct returns in FY15 grew by 25% to Rs 33.6 trillion. That still amounts to only 27% of GDP but is an encouraging increase of 3 percentage points in a single year. The number of returns themselves increased from 39.1 million to 43.6 million, a growth of 11%. This means that the rise in the taxed component of GDP is partly on account of existing assessees declaring higher incomes. However, at 43.6 million, the number of tax filers remained abysmally low. The more commonly cited figure of ‘effective assessees’, which includes those who have paid some tax but did not file returns, is modestly higher at 61.3 million. However, it would be fair to say that even this under-represents the country’s potential tax base. As a crude benchmark, India’s private vehicle population (i.e. excluding goods vehicles) in 2015 stood at 200 million. It would seem curious that less than a third of such vehicle owners paid taxes when the cost of even a basic two wheeler is high enough to warrant an income close to the taxable threshold.

One may draw some encouragement from the fact that these figures pre-date demonetisation and GST and that subsequent years would rack up better scores. Although detailed figures are not available, Finance Minister Arun Jaitley did mention in his recent Budget speech, that the effective taxpayer base jumped to 82.7 million at the end of FY17, the year in which demonetisation was implemented. On the count of tax buoyancy too, there is an improvement. The buoyancy factor increased to 1.22 in FY17 against 0.80 and 0.86 in the previous two years. It stood, in fact, at a 9-year high.

The revenue service can do better
Taxpayers often complain about aggressive collection drives by officials manifested in the form of unreasonable and inflated demands intended to meet targets. It is believed that many of these claims lack substance and are ultimately defeated in court and data from the Economic Survey 2017-18 suggests that this is perhaps a valid concern.

As of March 2017, there were 137,176 direct tax appeals worth Rs 5 trillion under consideration of tribunals or the judiciary, while in the case of indirect taxes there were 145,000 pending appeals valued at Rs 2.6 trillion. In total, cases worth Rs 7.6 trillion, an astounding 4.7% of GDP, were stuck in litigation and the figure has been growing over time. The more telling statistic is that the department’s success rate at all three levels of appeal – appellate tribunals, High Courts and the Supreme Court – averages less than 30%, in some cases as low as 11% (see table). This is based on a generous definition of ‘success’, which includes rulings even partially in the department’s favour.

Despite this, the department continues to litigate aggressively. The Economic Survey notes that 83-88% of direct tax appeals as of March 2017 were initiated by the department as against only 12-17% by the taxpayer. This would seem to be an inversion of a basic tenet of having appeal forums in the first place – to provide redressal to taxpayers. In the case of indirect taxes, the situation is better with the Department’s petition rate at 20-63% across forums, and falling.

However, there is one area the tax department has unequivocally improved upon – its disposal rate of assessments. Against an average of 15-20 million annual assessments a few years ago, the Department disposed of 25 million cases in FY16 and 33 million in FY17. Its disposal rate has increased from 65% to 77% over the last two years pointing to a concerted effort to improve efficiency. Delayed assessments create scope for taxpayer harassment and an improvement in this regard is a welcome development.

In the final count, the picture that emerges is one where the tax base is steadily widening, resulting in higher revenue buoyancy and, logically, lower levels of evasion. Initiatives like demonetisation and GST have provided further momentum to this trend. The revenue service has bettered its operational performance on some counts but there is still substantial scope for improvement, which can contribute towards the ultimate objective of sustainable revenue buoyancy.


[1] This is an under-estimate as it only includes the incomes of 39.1 million taxpayers who file returns. Another 12-15 million entities pay some tax but do not file returns and their incomes are not included. Using their tax payments as a surrogate, we estimate the extent of such income to be around 20-25% of the reported figure.

June 20, 2018
At our 21 st Annual CEO Roundtable in Thimphu last week, there was spirited debate over the performance of the current administration. A participant suggested that the Ujjwal Discom Assurance Yojana (Uday), a scheme to reform India’s downstream power sector, for all its fanfare was actually a failure of sorts and that India’s renewable energy programme, specifically on solar energy, was lacking on many counts. Whilst it was my intuitive belief that both claims were unsympathetic, I thought it would perhaps be in order to examine the facts in detail and subsequently provide an assessment. This paper, accordingly, presents an analysis of the first of the two issues – the Uday programme. The second will be addressed in a subsequent piece. The electricity distribution crisis: background Electricity distribution has been disastrously managed over the last three decades and in 2015 was on the verge of absolute collapse. Under-priced power, operational inefficiency, broken equip
Post a comment
Read more

June 13, 2018
Over the last three months, I have had the opportunity of engaging with our clients across various forums and cities. What provided a platform for this interaction was my briefing on four critical initiatives that we believe will, if properly implemented, serve as game changers with a palpable impact on economic output. The question that consistently came up almost everywhere was on the perception of jobless growth and consequently, rising unemployment within India. This has possibly been based on recent press reports and television debates that consistently cite certain headline statistics. These suggest a fall in employment levels between 2011-12 and 2015-16 compared to vigorous growth in earlier years, since 2004-05. Even on the surface, this conclusion does not gel fittingly with other statistics. For instance, indirect tax collections and consumption expenditure, which are both proxies of aggregate spending and wellbeing, do not corroborate falling employment. Tax collections
Post a comment
Read more

All the Prime Minister's Men

June 16, 2009
The composition of Prime Minister Manmohan Singh’s cabinet would suggest a desire to resume the process of reforms, which had practically stalled during his somewhat uninspiring previous term. It is also indicative of a more assertive Congress Party within the larger coalition of the United Progressive Alliance. The Congress has retained key economic ministries and also taken control of other important ones that were previously with their allies. With Pranab Mukherjee at the Treasury, P Chidambaram at Home and AK Antony at Defence, three crucial departments appear to be in the most capable hands. Mr Mukherjee, possibly the senior most member of the Singh administration, has over the years served in various positions in the government. He was India’s Finance Minister between 1982 and 1984 in the Indira Gandhi cabinet and brings to the table considerable technical competence and robust political acumen. Disinvestment of state-owned enterprises; financial sector reform; the implementat
1 comment
Read more